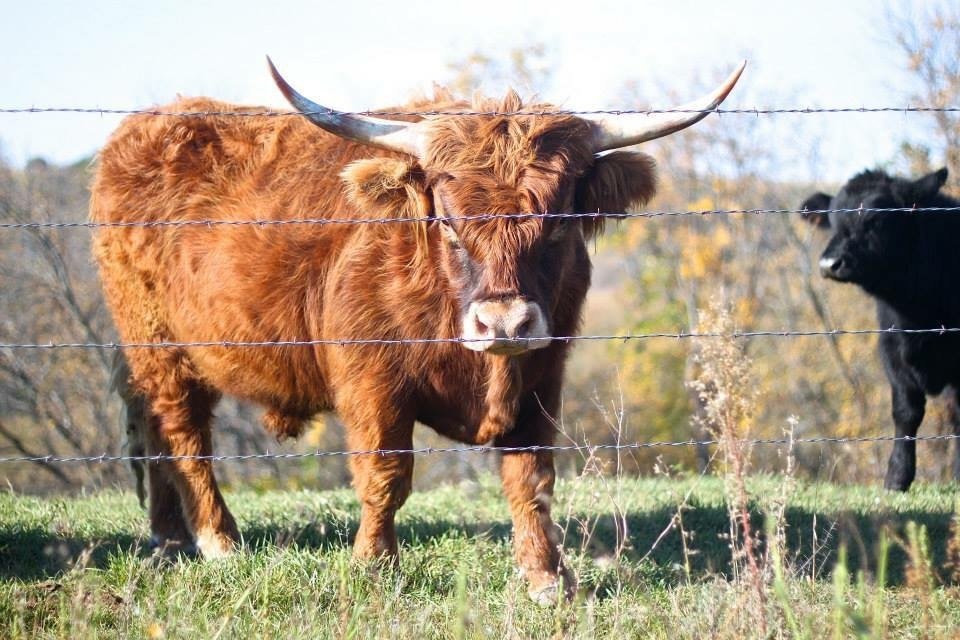 Scottish Highland Cattle draw a crowd wherever they are found. Highlands are the oldest bovine recorded in historic texts — going back to the 16th century and originating in the rugged remote islands off the west coast of northern Scotland and the Highlands area. They have an ability to thrive in less than ideal circumstances and rugged terrains, and enjoy longevity, very low calf mortality and have outstanding mothering instincts. Still, they are gentle creatures and even with their magnificent horns, are not inclined to do damage.

The Highland breed has lived for centuries in the rugged remote Scottish Highlands. The extremely harsh conditions created a process of natural selection, where only the fittest and most adaptable animals survived to carry on the breed. Although the dominant color is red, yellow, dun, white, brindle, black and silver are seen in the breed.

The first Highland herd book was established here in 1884, when American cattlemen from the western U.S. imported them to improve the bloodlines of their herds. As a result, the Highland contributed in a great way to the success of the American cattle industry.

Highlands require little in the way of shelter, feed supplements, or expensive grain to achieve and maintain good condition. Cold weather and snow have little effect on them. They are raised as far north as Alaska and the Scandinavian countries. They also adapt well to more southerly climates with successful herds as far south as Texas and Georgia. These cattle are excellent browsers, able to clear a brush lot with speed and efficiency. Despite long horns and an unusual appearance, Highlands are even-tempered, bulls as well as cows.

Today’s consumer prefers lean, premium meat, and the Highland beef is ideally suited to meet this demand. Highland beef is meat that is lean, well marbled and flavorful with little outside waste fat (they are insulated by long hair rather than a thick layer of fat). Highland and Highland crosses have graded in the top of their respective classes at the prestigious National Western Stock Show in Denver, Colorado. In the British Isles, Highland beef is recognized as the finest available and fetches premium prices. The British Royal family keeps a large herd of Highlands at Balmoral Castle, near Braemar, Scotland, and considers them their beef animal of choice.